Aarogya Setu App goes Open Source – What does it mean for you ? 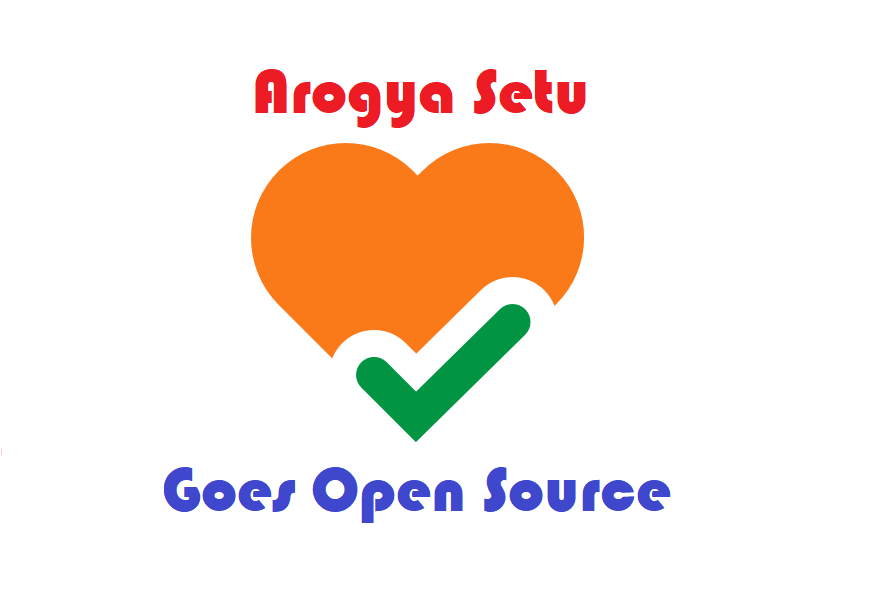 As we all know by now, India has its own Contract Tracing app Aarogya Setu, and it is being widely used by more than 11 Crore Users. The App has been highly successful in identifying people with high risk of COVID-19 infection and has also played a major role in identifying potential COVID-19 hotspots.

In the larger public interest and in order to help the international community in their COVID-19 efforts, the Government of India is opening the source code of this App under Apache License 2.0. In other words, AarogyaSetu, India’s Covid_19 contact tracing app is now open source. With this move, the government hopes to leverage the expertise of top technical brains in the country to improve the platform by releasing the source code, which has been a key demand of privacy experts. The platform has been aiding frontline workers in the fight against the pandemic.


Ministry of Electronics and Information Technology Secretary Ajay Prakash Sawhney made the announcement on Tuesday, dubbing the move “opening the heart” of the Aarogya Setu app to allow engineers to inspect and tinker with the code. The app has amassed over 114 million users in 12 languages less than two months  — an unprecedented scale globally.

Aside from open sourcing the code, the government has launched the bug bounty programme that will be hosted by the MyGov team. The programme will enable security researchers to avail a Rs. 1 lakh worth of bounty for finding security vulnerabilities within the app. Furthermore, there will be an additional code improvement bounty of Rs. 1 lakh.

If you find any security issues or vulnerabilities in the code, then you can send the details to us at : as-bugbounty@nic.in

“Opening the source code to the developer community signifies our continuing commitment to the principles of transparency and collaboration” the Ministry of Electronics and Information Technology said in a statement. “Aarogya Setu’s development has been a remarkable example of collaboration between government, industry, academia and citizens.”

“I just want to point out that this is a very very unique thing to be done” said NITI Aayog CEO Amitabh Kant while addressing a press conference pertaining to open sourcing the Aarogya Setu app on Tuesday. “No other government product anywhere in the world has been open sourced at this scale anywhere in the world.”

On 2nd April 2020, India launched Aarogya Setu mobile App for helping augment the efforts of limiting the spread of COVID19, with an objective of enabling Bluetooth based contact tracing, mapping of likely hotspots and dissemination of relevant information about COVID19. The App has over 114 million users as on 26th May, which is more than any other Contact Tracing App in the world. The App is available in 12 languages and on Android, iOS and KaiOS platforms. Citizens across the country are using Aarogya Setu to protect themselves, their loved ones and the nation. Many youngsters also call Setu as their Bodyguard.

The key pillars of Aarogya Setu have been transparency, privacy and security and in line with India’s policy on Open Source Software, the source code of Aarogya Setu has now been made open source. The source code for the Android version of the application is available for review and collaboration on Github. Click here for the link. The iOS version of the application will be released as open source within the next two weeks and the server code will be released subsequently. Almost 98% of Aarogya Setu Users are on Android platform.

Opening the source code to the developer community signifies our continuing commitment to the principles of transparency and collaboration. Aarogya Setu’s development has been a remarkable example of collaboration between Government, Industry and Academia and citizens. It is also a product of the hard work of the talented young technological experts of our country who have worked day in and out to make this world class product. With the release of the source code in the public domain, we are looking to expanding collaboration and to leverage the expertise of top technical brains amongst the talented youth and citizens of our nation and to collectively build a robust and secure technology solution to help support the work of frontline health workers in fighting this pandemic together.


The App offers a comprehensive suite of interventions against COVID-19 and has registered several firsts in the eight weeks since its launch. The App possibly has the most reach and impact when compared to all other COVID-19 contact tracing and self-assessment tools combined globally, while pioneering new data driven epidemiological flattening of the curve through syndromic mapping. Of the more than 114 million registered users, two-thirds have taken the self-assessment test to evaluate their risk of exposure to COVID-19. The App has helped identify about 500,000 Bluetooth contacts. Those who are identified as Bluetooth contacts of COVID19 positive cases or are classified as needing assistance based on their self-assessment, are contacted by National Health Authority. So far, the platform has reached out to more than 900,000 users and helped advise them for Quarantine, caution or testing. Amongst those who were recommended for testing for COVID19, it has been found that almost 24% of them have been found COVID19 positive. Compare this to the overall COVID19 positive rate of around 4.65% – 145380 COVID19 positive from a total of 3126119 tests done as on 26th May 2020. This clearly illustrates that Contact tracing is helping focus efforts on those who need testing and this will greatly augment the efforts of the Government in containing the pandemic.

Analytics of Bluetooth contacts and location data has also helped identify potential hotspots with higher probability of COVID cases allowing State Governments and District Administration and Health authorities to take necessary steps for containment of the pandemic, early, which is critical for controlling the spread of the pandemic. This approach of syndromic mapping, a novel approach of combining principles of path tracing and movement patterns of COVID-19 positive people, population level epidemiology modelling and the prevalence of COVID-19 in different regions of the country, the Aarogya Setu team has identified more than 3,500 hotspots across the country at sub-post office level. The Aarogya Setu data fused with historic data has shown enormous potential in predicting emerging hotspots at sub post office level and today around 1264 emerging hotspots have been identified across India that might otherwise have been missed. Several of these predicted hotspots have been subsequently verified as actual hotspots in the next 17 to 25 days. As an example, a district with 3 cases on a particular date when Aarogya Setu engine predicted it as a hotspot registered 82 cases in the next 15 days. The precision achieved by this unique combination of Bluetooth-based contact tracing and identification of hotspots may hold the key to effectively breaking the chain of infection, flattening the curve and saving lives.

Releasing the source code of a rapidly evolving product that is being regularly used by more than 114 million users, is challenging. Developing and maintaining the source code is a huge responsibility, both for Team Aarogya Setu and the developer community. The repository now being shared is the actual production environment. All subsequent product updates will also be made available through this repository.

The process of supporting the open source development will be managed by National Informatics Centre (NIC). All code suggestions will be processed through pull request reviews. Aarogya Setu’s source code has been licensed under Apache License

Version 2.0, and is available on “As-Is” basis. Any reuse of the source code with changes to the code requires the developer to carry a notice of change. More details can be found in the Frequently Asked Questions document available at https://www.mygov.in/aarogya-setu-app/

While making the code Open Source, Government of India also seeks the developer community to help identify any vulnerabilities or code improvement in order to make Aarogya Setu more robust and secure. Towards this objective, Government has also launched a Bug Bounty Programme with a goal to partner with security researchers and Indian developer community to test the security effectiveness of Aarogya Setu and also to improve or enhance its security and build user’s trust. Details of the Bug Bounty Programme along with the rewards therein are being shared separately. Details of the Bug Bounty Program is available on the innovate portal of MyGov at https://innovate.mygov.in/

The Government of India, by opening the product design and code, has also demonstrated its strong commitment to contributing to the global good. India is keen to share learnings from our approach to technology to fight COVID-19 and make the benefits of the solution available to the rest of the world and any government can use it for fighting the pandemic. Together we can, and we continue supporting the doctors and frontline health work in helping fight this pandemic.

In case you have not installed Arogya Setu app as yet, do it from here :

Not sure how to make the most of this lockdown ?

Click here to know how can you make money from Amazon sitting at home!
Click here to complete these courses on Udemy that are currently over 90% Discount !
Click here to Start your Website today and grow your business Digitally.