Fancy owning a Bond like car? The MG Hector is here ! 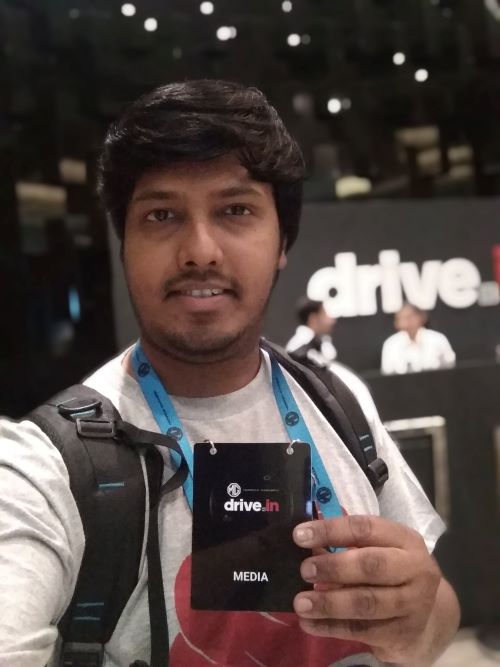 It was a fine Sunday morning and we friends were on the way to Agra from Delhi to see the majestic Taj.
To flaunt, Rahul took out his Amazon Echo and said ‘Hello Alexa, tell me a joke‘ and there was no response. We laughed at him as he made a joke of himself. He now cleared his throat and was ready for second attempt when I said ‘Hello MG’, and the voice came ‘Hello Prince‘.
‘Open the sunroof, please‘ I said in a normal voice as if I am talking to someone sitting next to me.
‘Sure‘, and the sunroof opened. Everybody in the car was stunned. They looked at each other as they have seen something like never before.
‘Please play the song ‘Aankh Maare’ from Simba’

And the song was on in the next second.

Rahul and others looked at me in awe and surprise. Priya said “Is your car like the one of James Bond? Hahaha”

I couldn’t disagree because that was quite true. My brand new MG Hector has features that are coming straight from a Bond movie. Muscular looks, great pickup, voice commands, app control, and what not !

I was just adoring the lovely console of the Hector when Ankit snapped his fingers. ‘Dude, where are you lost‘, come lets see the Demo of i-Smart in one of those glass consoles.

I was day-dreaming. I was day-dreaming about driving the all new MG Hector, on how I will flaunt its looks, power and features, as I have just witnessed the grand launch of the i-Smart console of the first internet car of India, The MG Hector ! But to the people who can’t afford a car can dig this to know more about rental car options.

We were at the JW Marriott, New Delhi. The atmosphere was electric. The crowd was ecstatic. And it was not even the launch of the actual car (visit GISuser site to know about the car insurance options that are available for this model), it was just the launch of the i-Smart console of the MG Hector but still the energy of the crowd was unbelievable !

Note : Hector is expected to be priced in the range of Rs 15-20 lakh and will take on the likes of Jeep Compass and Tata Harrier.

The crowd was greeted with well groomed volunteers at the registration that was quick, and then moved to the tea counter for getting charged for the main event. Needless to say, greetings and socialization was going in parallel. The wall filled with the rich history of MG Motors made an interesting display.

Rajeev Chaba, the President & MD of MG India welcomed the crowd in the main hall, that was itself conceptualized wonderfully as a car with windows, sunroof and even the steering wheel!
Here is the first look :

And then the show began, with Rajeev introducing the i-Smart console to the crowd, which is a 10.5 inch, Full HD, always on and always connected tablet that includes an in built 5G ready SIM from MG Motors. And it certainly does wonders, like emergency calling, freedom from physical buttons, voice recognition and much more. Rajeev then also introduced the face of MG Hector – Benedict Cumberbatch, and the commercial in which Benedict uses voice commands to open the sunroof of MG Hector.

In the next move, Rajeev did that in the event hall itself !

Yes, you read it right.. the car themed hall’s sunroof opened when Rajeev commanded the i-smart to do so. The crowd went to cheers and applause. Have a look :

Rajeev then asked explained the various features of the revolutionary i-smart technology and introduced the companies MG has partnered with. The company has collaborated with world leaders of technology like Microsoft, Nuance, Cisco, Adobe, SAP, Gaana, TomTom and more to bring to the users an ultimate, high end, seamless and safe experience of the all new MG Hector.
Imminent personalities from all these tech giants addressed the gathering about their role in the development of the MG i-Smart system.

Here are a few glimpses :

The event concluded with a groupfie of all the top executives followed by delicious lunch. Every attendee was given a goodie bag as a takeaway from the event. There were glass consoles to check out the features and actual demo of the iSMART console.

However, my main take away from the event was the technology behind the Hector. Its great to see so many global organizations coming together to create something India has never seen before. Here is the list of highlights from the presentation –

With so many exciting features already available in the all new MG Hector, aren’t you excited about this car hitting Indian roads ? I definitely am !

And not to forget, the first look of the car was revealed too :

Overall, the #MGDriveIn event was an exhilarating ride. The #InternetOfCars technology is going to redefine the future of driving. The Future is here! I am ready. Are you ?

One thought on “Fancy owning a Bond like car? The MG Hector is here !”