These 35 Shower Thoughts will change the way you see things ! 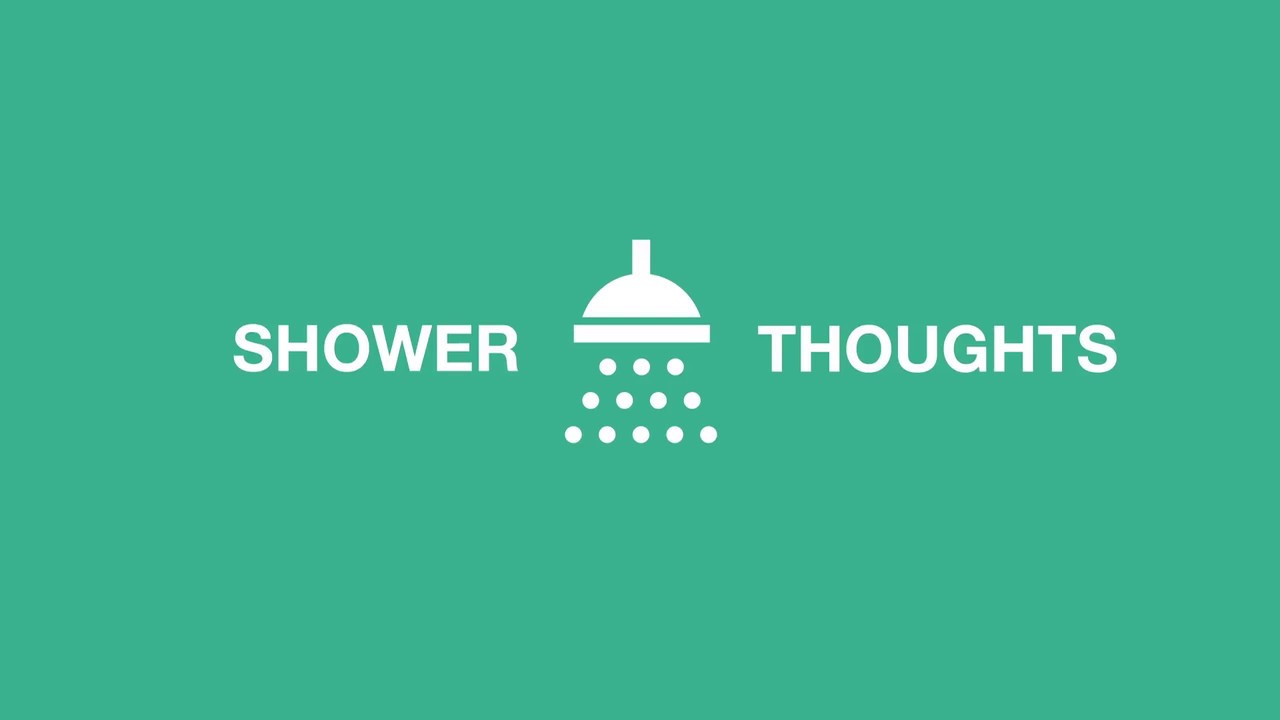 Accept it, We all sometimes get those funny weird thoughts, that actually makes complete sense if you think twice. These are those miniature epiphanies you have that highlight the oddities within the familiar.

These are universally relatable, and finds amusing/interesting within the mundane.

Reddit is a great place where millions of members share their thoughts, and one of the pages called Shower Thoughts have a great collection of these.

I bring you my favorite top 35 such thoughts in this Blog. You can continue reading more here : https://www.reddit.com/r/Showerthoughts/

The letter B is P but pregnant

If humanity discovered telepathy it’d probably have pop up ads within 24 hours.

Going to sleep is logging off, and dying is signing out.

All, tattoos are temporary tattoos in the grand scheme of things.

When you grow plants, they thank you with extra life.

Gaming doesn’t take a lifetime to learn, it takes a childhood.

If you water water it grows in size.

Paper has 6 sides, yet we can only use 2 of them effectively.

Drinking through a straw is the exact opposite of going snorkeling.

The economy is on the verge of collapsing because people are only buying what they need.

The Titanic movie is a romantic love story that also includes thousands of people dying.

Flies entire existence is based around the “why are you hitting yourself” game.

Accounts with dead users are probably across the internet, and those accounts are what little remains they have.

Staying awake really late at night makes you aware on how much noise you/things around you do.

Given the amount of carnage in Jurassic movies, it’s amazing they still find investors for the parks.

People have been told that using password as a password is predictable to the point it is unpredictable.

Order is chaos in super-slow motion.

If you don’t pay tax and go to jail you’re getting free accommodation.

If you listen to an album on shuffle, you’re ruining the whole experience that was set up by the artist.

You are in a stranger’s picture somewhere.

It’s easier to trust someone who doesn’t trust anyone

Trying to get broken earbuds to work properly is the modern version of adjusting the antenna to get the TV to work.

Technically all worms are earthworms.

History books are only getting longer as humanity goes on.

Historians in the year 3000 will have to read everyone’s tweets and Insta-stories to understand what happened in the early 21st century.

If human beings become extinct no one will care.

We never hear from people who followed their dreams and it didn’t work out.

One thought on “These 35 Shower Thoughts will change the way you see things !”