The Grand Launch of Barbeque Nation at Palam Vihar, Gurgaon 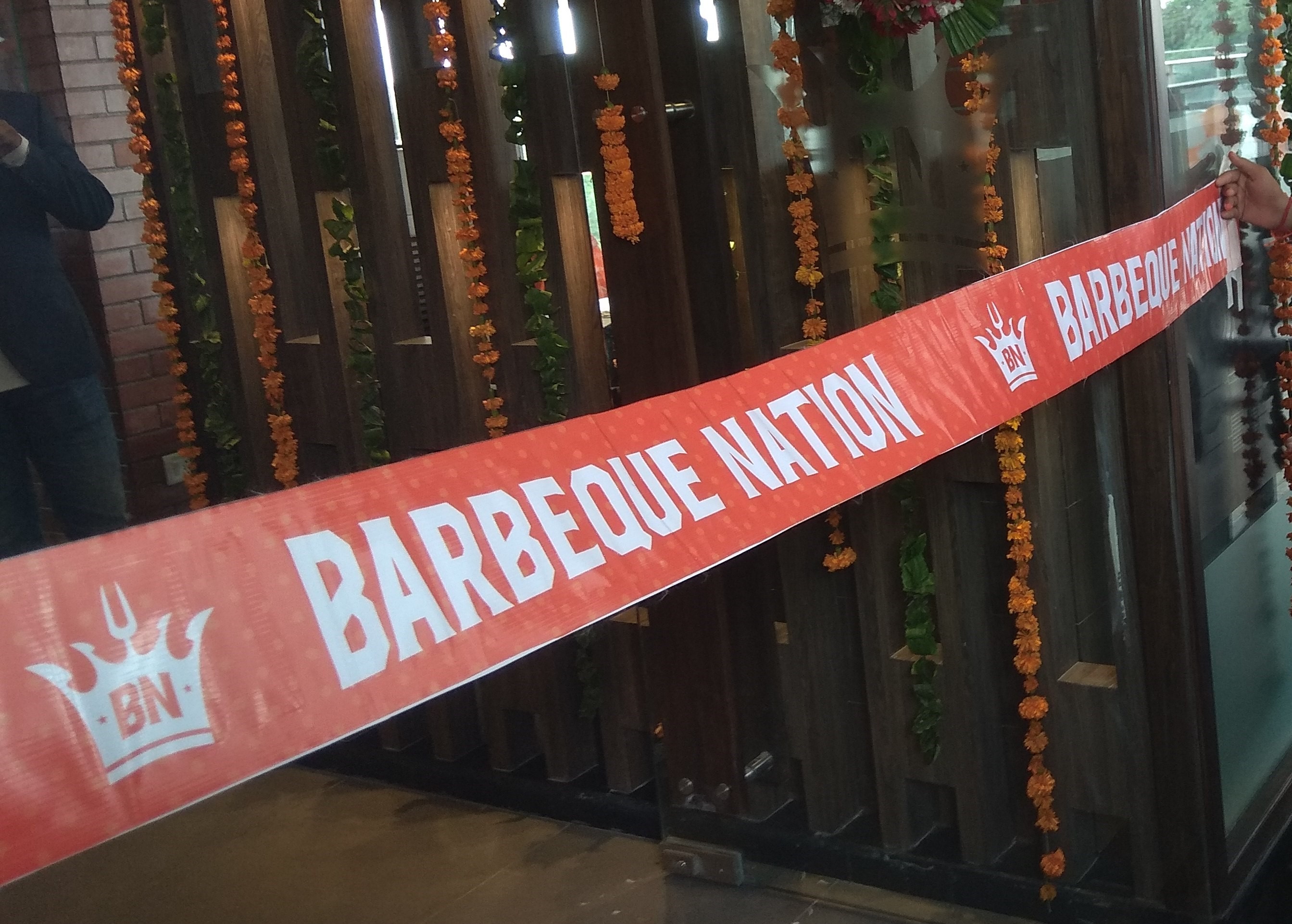 Well they say, ‘Food has no religion, it is itself a Religion”. We foodies second that.

And if you are one of those kinds of human who live to eat, not eat to live, you know what we are talking about!

Well, owing to the same love for food, I was thrilled when I got invited to the launch of one of my favorite food chains, Barbeque Nation, in my own city, Gurgaon.

The launch was planned just so amazingly that it looked nothing less than an extravaganza, a carnival let’s say. There was music, dance, cheerful people, and food, and I mean a lot of food !

So let me take you on the ride. Here is the first look :

August 28th, 2019 – Barbeque Nation launched their 4th outlet in Gurgaon, which is also the 131st in the country, at 2nd Floor, Foyer Mall, Palam Vihar. Needless to mention it is currently the leading restaurant chains in the country, that has brought a delight for the food lovers, with the concept of all-you-can-eat, in barbeque style.

The launched was conceptualized perfectly.

Barbeque Nation invited media, and did the press release.
They also invited Food Bloggers who turned from being an anonymous and the Influencers , the current rage.
And most importantly, they invited kids of a Social Organization – Khushi Ek Ehsaas.

The arrival of kids made the whole atmosphere cheerful ! They arrived in a very disciplined manner, and were welcomed with smiles and roses. One of the youngest of them, a very cute girl Khushi, did the honor to cut the ribbon and do the grand launch of The Barbeque Nation (so thoughtful !). Thunderous applause, cheerful sounds, and happiness filled the place with energy.

Further next was the traditional Lamp lighting ceremony. Always the auspicious way to begin something great !

And then was the Grill lighting ceremony. Yes, ‘Grill’, the driving engine behind the whole Barbeque world, was being lit and prayed. Again, so thoughtful !

And in the meanwhile, a Punjabi group danced away on some really hit numbers, making atmospheric really electric. I so wanted to join them but they were so good that I kept doing what I am good at, taking pictures !

Mr Paras Kochhar, the Marketing head of Barbeque Nation – North, made the perfect host. He greeted everyone with zest and charm, managed everything perfectly on time, and infused energy in every guest by his cheerful voice. His courteous behavior made everyone at ease and enjoyed the launch.

What happened next deserves a grand applause ! The Barbeque Nation went live, and lunch was served to the guests with full zeal and enthusiasm by the staff. Happiness was in the air, along with that aroma of barbequed chicken and paneer !

Hemant, our table care taker, made sure everyone felt comfortable and did the best of his duties.

And then came the skewers loaded with fresh paneer, pineapple, chicken, fish, prawns, mushrooms and more. The food was fresh, properly cooked, and tasted heavens. We couldn’t stop ourselves from indulging in this grand feast set up by Barbeque Nation.

And to end the meal was the Kulfi sticks of different flavours like Paan, Kesar Pista and more.

Honestly, it was a great meal, unlike a regular one. We had kids from a social organization sitting next to us. And we had media folks and bloggers. And we had the team of Barbeque Nation. And music, and dance. So much food, so much happiness, all at one place – Barbeque Nation, Palam Vihar, Gurgaon.

Check them out on Zomato as well !

I urge each of you reading this, to once go and experience the hospitality of this new outlet. The location is great, the food is amazing, and the staff is courteous.

Summarizing, it was a perfectly thought and planned event, that ensured the agenda is covered, guests enjoy both the food and the atmosphere, and take home loads of memories from a day to remember. Kudos to the team !

Here is the video summarizing the event. Enjoy :

And here we are, the Bloggers & Influencers team of At Buzz.

Wishing all the best to the staff of the Barbeque Nation, Palam Vihar for this new beginning. Cheers !

2 thoughts on “The Grand Launch of Barbeque Nation at Palam Vihar, Gurgaon”