Dude watched all MCU movies in Quarantine and his Analysis will crack you up ! 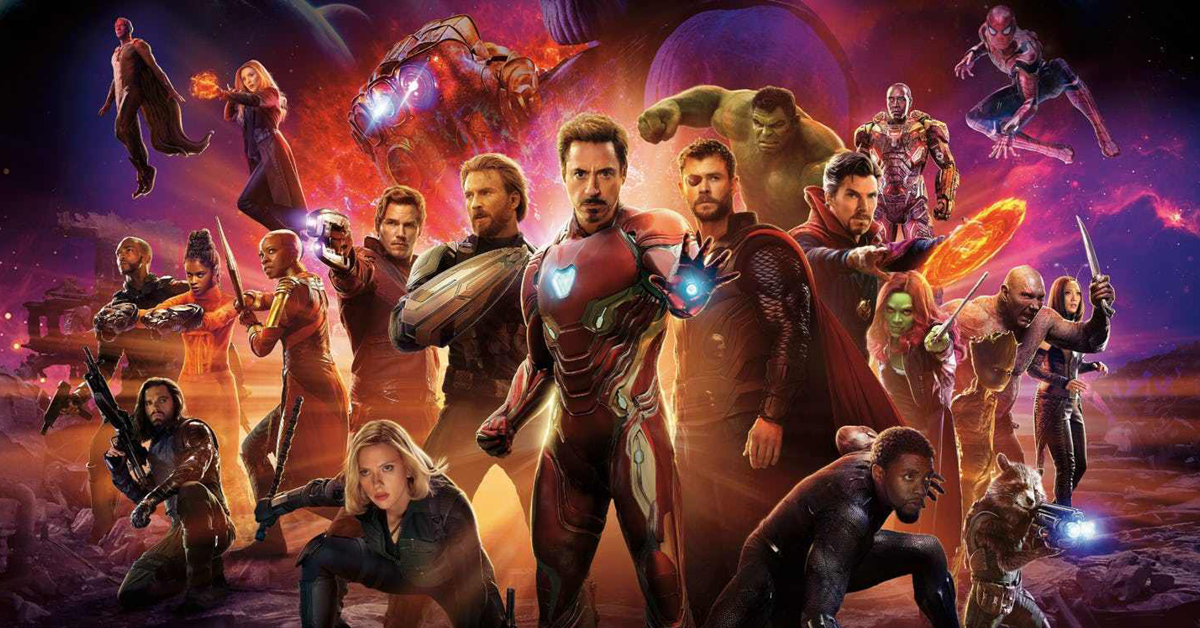 We all have ways to deal with quarantine, right ? Some are busy preparing for Next Masterchef, some got Netflix and chill, and few googling what to do !

This Twitter user Sun Tzilla made the best of the Quarantine and watched all the MCU Movies. This sounds fair until you read his take on each of the Super Heroes, and what will crack you up is how he savagely trolls each one of them !

Nobody was spared. I repeat, nobody !

Self righteous know it all who only has any powers because they injected him with steroids. pic.twitter.com/TkIfSmOVHr

This has been said before too, but, alas, is true !

Type of person that waits until a problem has gotten out of hand before offering any help so they can look like a hero. Where was she when Thanos first landed on earth? out in space twerking for Aliens. pic.twitter.com/81zS2NQSFJ

She was taking care of other planets. How many times are we going to have this debate?

Typical meat head that has no technique when it comes to fighting. Anybody with basic BJJ skills could probably beat him in a fight. pic.twitter.com/IfCPuFDzt0

Didn't even bother calling his earth girlfriend when he came to visit to help the Avengers fight Loki.

He probably got hoes all over the galaxy he is the superhero version of the rapper Future, a true leader in the field of Toxic masculinity. pic.twitter.com/7hnYK7LsrK

If some maniac from space brought a giant space army and there was a chance the world could end I Don’t think I would call my girlfriend either !

Type of guy that will suggest doing some crimes together then snitch when you get caught. Tekashi 69 of the MCU. pic.twitter.com/4x8NDUqxS0

Wishes he was Batman so bad, but has no hand to hand combat skills. Can't do anything if his suit run out of batteries, just a hyped up Elon Musk. pic.twitter.com/NKVFibhfIv

I think Batman wishes he was iron Man !

Got beat up by his cousin and on top of that he opened up Wakanda to the Americans. Bro you really think a dude who named himself 'Captain America' is not going to colonise you and steal your vibranium at the first opportunity? Dumb guy. pic.twitter.com/sBzkmQDRR5

Wakanda analysis is this?

A prime example of how below average white people are able to secure high ranking positions. She got in the Avengers because she knows a bit of karate. pic.twitter.com/Ux42WODOyM

I think she’s a combo of beauty, guts & brains. The only human to tame the Incredible Hulk. Turned the green monster into jelly !

Bro must have walked off the Lord Of The rings set and into the wrong franchise because how you trying to fight aliens with a bow and arrow? Useless. pic.twitter.com/NAjbSHeiuw

Dude Actually got a point !

Type of boss that makes you come into work during coronavirus even though you aren't a key worker. pic.twitter.com/qLrL15LoJ0

Mf viewed 14 million futures and didn't think it would be a good idea to tell us about coronavirus. pic.twitter.com/vxX7APifBw

The idiot knew where the soul stone was the whole time, instead of using it to amass an army of killer zombies for when Thanos eventually comes shes keeping secrets. Dead because of lack of preparation. pic.twitter.com/MMnWeYRoRp

a soul for a soul? did you forget?

Mf need to update his playlist, he still listening to music from the 1970's. If he was listening to Future he wouldn't have got emotional and they would have beat Thanos in Infinity war. pic.twitter.com/9tnqgjg8De

No, seriously he’s got some great classic songs on that playlist.

Doesn't talk a lot. I respect that. pic.twitter.com/gZIOwe6dy4

Groot is smart. He remains silent coz he knows many words can get you in trouble. Be like Groot.

A true G, you just know he was out doing robberies in his black air forces before all that Guardian of the galaxy nonsense. pic.twitter.com/J2HdZ9tzwP

Rocket and Groot getting the respect they deserve. I liked it.

All he had to do was enter Thanos’s ass and expand and that would have killed him. Tony Stark died because he didn't take one for the team. pic.twitter.com/y2ZLjDfK32

That idea is not impractical at all. Infact, Seeing someone die like that, imagine all the heroes and villains fight clenching their butt muscle !

The guy was clearly a bit crazy but at least he wasn't racist. He was an equal opportunities genocidal maniac. Anyone can get it. pic.twitter.com/CMhzztsWm0

He is a Socialist or a Republican ?
But the main question is : Was Thanos really a villain?

Hustled the white man out the top position, the first black Captain America. Dr Umar Johnson would be proud. pic.twitter.com/2vdEjRO24c

Really proud of him for doing the black community proud. They’re gunning for the James Bond and Batman next.

One of the most powerful characters in the MCU but still caused half the population of earth to get snapped because she was in a relationship with a red mac book pro. Proof that women are crazy. pic.twitter.com/s21FS9lARb

Android users are going mad over this. But he called Vision a Red MBP? Dude is an Acer Aspire to perspire !

How can I forget Spiderman you ask? Probably because he was forgettable. Can't take a boy who almost got killed by a special effects artist seriously. Mysterios only power was photoshop. pic.twitter.com/4rwNYXQAkI

Yup. I thought after 8 films they would have something better to do than go through puberty….. again!

After this hilarious take on our superheros, twitter is going crazy with around 100K likes on this post ! Also twitterati is asking him to now do the same for other movies like Harry Potter, Twilight, Justice League and more !

But this Twitter user rightly said in the end : “The key workers whether you work in a shop, or drive public transport or are in the hospital you are the real heroes.”

Indeed this was a great satire and hilariously appropriate, however, nothing can take our love away for MCU. We love you 3000 !

23 thoughts on “Dude watched all MCU movies in Quarantine and his Analysis will crack you up !”